This quirky yet vital show is the focul point of many small Canadian inventors who are working towards making their invention a commercial success.  There was a quote by Edison who said ““Genius is one per cent inspiration and ninety-nine per cent perspiration. Accordingly,  a  ‘genius’ is often merely a talented person who has done all of his or her homework.”  and this is never so true as in Canada.  Another quote says a similar thing about invention “Invention is 10% insiration and 90% perspiration”.  In any case, I think you get the ideal.  It is not just a thunderbolt of thought that lands a great idea in the stores of the nation, it is a lot of hard work to get the idea to the point where someone with resources, be they manufacturing, financial or marketing, will be interested enough to do something with the idea.

Wonderbra WonderModel, Maja Latinovic, a Canadian invention, the bra, not the model.

All of you, I am sure, have watched on occasion the Canadian investment “reality” show called Dragon’s Den.  That show epitomizes the thinking process of investors, and those with the power and resources to get something done. 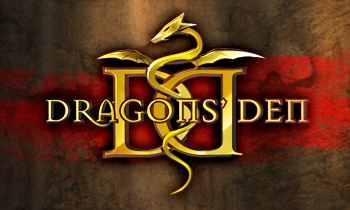 Here it is in a nutshell, “You have done some great stuff here, it has potential, and now that you have invested your money, your friend’s money, your family’s money, and god knows how much in time and effort, we want you to take a back seat and sell us controlling interest in your company/invention for a song.”  It is not very often that the investors are actually interested the the potential of the idea per se, no, they are interested more in the business that you have developed to market the idea.  The “valuation” is based almost entirely on the business model.

Don’t believe me?  Go to the Dragon’s Den website and review a few past shows and see what they talk about. Some inventor’s come to the show only to be told, “You don’t have a business here, go sell your idea to Coleman, or Colgate or Channel, whoever, but they are not interested in inventions.

This says a lot about the mindset of people who have money to invest.  They know how to grow a business.  They do not know how to take an idea and make it into a business.  Or at least they are risk adverse to that step.  That step may take a while to mature, and it involves the greatest risk. A lot of effort may be expended with NO returns or so little in returns that it isn’t worth while.

Well what of value has been invented by Canadians?

There is some disbute about this, but it is believed that Alexander Bell invented the Telephone here in Canada.

And if you want to see more, go to Wikipedia and look up the list of Canadian Inventions, there are lots more.

This entry was posted in Design News. Bookmark the permalink.