Well how about that.  I have had to turn off comments temporarily due to someone using my blog as a launch pin for their spam.  How frustrating and how damn arrogant.  Oh well, lets lay wait in the bushes for … Read the rest of this entry →

More Galleries | Comments Off on Spammed to Death
Posted on August 30, 2011 by Doug

Some easy things are extrordinarily difficult to improve

Have you noticed that there are some very simple devices that work quite well but that should somehow be better.  For example my sail boat Southern Cross has several cleats that are used to fasten dock lines and ropes for various purposes. There are some pretty fundamental design problems with the standard design of a central hub with two horizontal horns that sweep slightly up at each end.

One clear problem is that of safety.  Not only are these cleats a tripping hazard, but also a place were you can snag anything that passes nearby.   One design modification is to have the central hub arranged so that the hub and horns fold flat to the deck when not in use.  This is not so simple to implement because it requires a prepared pocket, or suitable hole for the whole assembly to fit into. 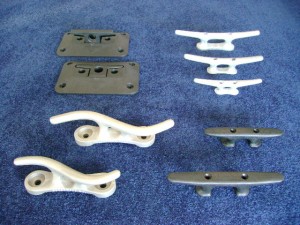 The point that this post is making, is that sometimes a simple design, for a fundamentally simple task is often easy to envision, but when the needs start to take into account other aspects of the effects that design may impose when not in use, or for events that may happen because of the design’s existence, the the process is not so simple any more.  In fact, some requirements of the fundamental requirement, and other requirements, such as safety, may be somewhat exclusive.  A virtual catch 22.  This is where the industrial designer earns the right to be considered a professional.  An industrial designer has to take competing and conflicting aspects of a design into consideration when designing a product.  And in today’s environment, safety and liability for the manufacture have to rank high on the designer’s agenda for things that must be addressed when coming up with a design that remains at its core, simple. 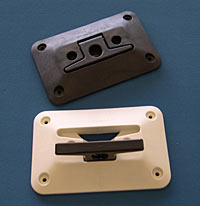 Here is a compact, non flush solution fo the clear problem.  The assembly has a built in pocket for the storage of the cleat when not in use.  I think I will buy a few.

For those of you who are not Canadian and do not know about current Canadian politics, Jack Layton is the leader of the party in opposition to the Government.  The governing party, the one with the most elected members of parliament, is the Conservative Party, lead by Stephen Harper.  The official opposition is the New Democratic Party, and was, up until today, lead by Jack Layton.

One thing that probably sets him apart is that no one is glad that he is gone.  That can’t be said of a lot of politicians. Why is this important, and why am I writing about it?  I really don’t know the answer to that question.  One of the things maaybe that makes it important to me was the person that Jack was.  First of all I didn’t know him personally, nor had I ever met him, so there was no personal attachment of any sort.  But what there was, is a link to what an example that he was in the way that he lived, and what he stood for personally.  He was a man of integrity, empathy and action.  He was a leader, a visionary and a family man.  He was also a politician, and usually when a man becomes a polatician, they loose most of the qualities that made them want to ba a politician in the first place.  Something for the rest of the politicians to think about, in reflection and for the future.

Not Jack, in fact if anything these things seemed to mature and bloom. There, I guess that is why.  There is no need for me to explain who else he was, there are thousands of articles and newstories about him so enought said.  Jack will be missed, dearly and deeply. 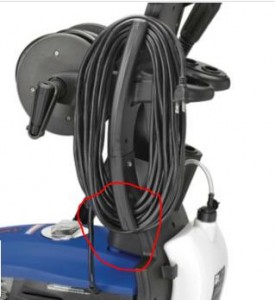 Filed in Design Opinion, Musings | Comments Off on Hang ups!
Posted on August 14, 2011 by Doug

Never mind a better mouse trap, what about the mouse? 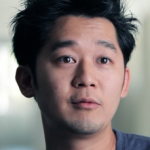 More Galleries | Comments Off on Never mind a better mouse trap, what about the mouse?
Posted on March 20, 2011 by Doug

Here is a post that is worth a look

Filed in Uncategorized | Comments Off on Here is a post that is worth a look
Posted on February 15, 2011 by Doug 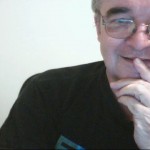 Filed in Musings | Comments Off on Vision or Obsession that is the question!
Posted on February 13, 2011 by Doug